Gabriella, the five-year-old of Nazanin and Richard, returns to the UK after spending three-and-half years to her grandparents and her imprisoned mother, in Iran. 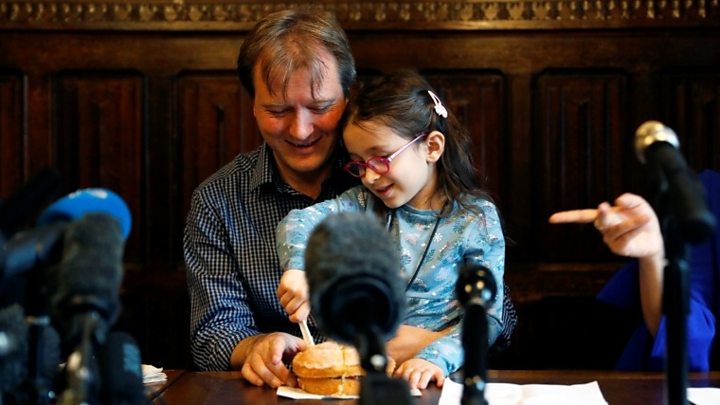 Gabriella Zaghari-Ratcliffe has been living in Iran with her grandparents since she was two years old, to be close to her mother, who is a prisoner in the Evin Prison.

Being brought up in an Iranian household, the child has never learned to speak English. This was the main reason to bring her back to the UK, to her father, so that she can start going to school.

While the father of Gabriella expressed a rollercoaster emotional ride after reconciling with his daughter, the British-Iranian mother seemed to be really upset.

Nazanin’s husband expressed that his wife never wanted their daughter to leave her back and go back to the UK when she was still kept back in jail.

Richard was really overwhelmed getting his daughter back and also appeared in a news conference at the parliament. The child was brought a welcome-cake and sat on her father’s lap while the reporters interviewed.

But at the same time, Richard expressed the emotional turmoil he was going through while speaking with his wife over the phone, who seemed to be really upset.

Nazanin daughter, Gabriella returns to the UK from Iran, with her father was last modified: October 14th, 2019 by Samantha Fox
Tagsuk

Iphone Employee Stole a Personal Picture From a Customer’s Mobile

Warren Puts Forth A Better Idea to Fund ‘Medicare for All’

Samantha is the oldest author of Mobilegearz.com as she is one of the good friends of Kimberly, and when Kimberly had the idea to start the website, she is the one who supported her, and she has been standing by her side in all ups and downs. She manages to write the latest US headlines on the website and working more on proofing all the publications as well to offer the best to the readers. She does the editing and proofreading part mostly as she is the best when it comes to the Language.

To Get in Touch, please write to [email protected], and we will be back within 24-72 hours.