The Samsung Galaxy S10 Lite has been in the headlines for various of its unpredicted features. We still don’t know whether any such device exists (or will exist in future) in real or not but since the Internet is talking so much of this phone, we thought of covering it as well.

It is hard to believe that Samsung will present any such device by the end of this year. But the Internet is full of Information leakages through various sources that we will come to see a device like Samsung Galaxy S10 Lite very soon. According to the latest information, this phone might be similar to the Galaxy S10e (with some additional features) which was launched by Samsung early this year.

What does “Hole-Punch Curved Display” mean?

Talking about the display, this phone might not have sharp edges like Galaxy S10e. Rather, it will be featured with a curved display. There is a very thin line of difference between Hole-Punch, Notch and Slider. Let’s understand it:

Hole Punch: Do you remember using Hole Puncher in your school days for binding various papers together? The hole-punch cameras are very similar to that hole which was made at the corner of the paper.

Notch: Classic Notches are of Various types. A small rectangular curve is cut from the display and various sensors and cameras are placed on it. Nowadays, notches seem like a water-drop on top of the display.

Slider Notch: Slider Notch are the notches that pop out from the top of the phones. This helps the user to have a complete view of the display without notch intrusion or object obstruction.

According to the rumours, this phone will come with a 5.8 inches display having 445 PPI pixel density. Also, S10 Lite will be featured with an Octa-Core processor (dual-core + dual-core + octa-core) and 6 or 8 GB memory. A 4370 mAh non-removable battery might be attached to the mobile and will support c-type USB cable charging. It will also support fast charging.

S10 Lite can feature Qualcomm SDM855 Snapdragon 855 which is one of the latest chipsets. It is rumoured to have a rear camera of 48 mega-pixels with a primary camera of 32 mega-pixels. It might not have any Audio Jack and the camera design is also completely different from the previous phones of S10 series.

There has been no official statement from Samsung regarding the launch date of this phone. It is expected to be launched by the end of 2019 or at the beginning of the year 2020. All the information about this phone provided above in this post are estimations and hence cannot be considered accurate.

If any such phone exists or will be launched in the future, it will be considered as a very high-end device. The Hole-Punch camera notch makes this phone different from various present-day phones. The phone will come with a 42 megapixel, 32 megapixels rear and primary camera respectively. Also, the 8 GB memory with Qualcomm SDM855 Snapdragon 855 makes this device something worth of buying. 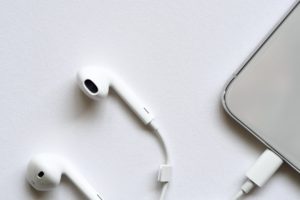 Get Apple Headphones at Great Discounts during Black Friday Deals

Vaibhav is a gadget lover and loves collecting info and writing about new releases, leaked information and first-hand specifications of new gadgets and tech devices. He is a foodie and that's not a rare combination for a tech lover, or is it?