The parents of the teenager, Harry Dunn, who was killed in a car accident by the wife of a US diplomat, claims that the US government has abandoned them from the key details about their son’s accident and death. 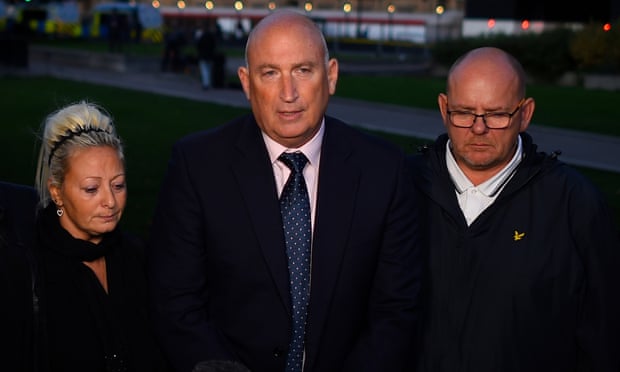 The parents, Charlotte Charles and Tim Dunn, suspects that the matter is not as smooth as it seems on the surface because the wife of the US diplomat has fled from the country since the accident took place.

Thus, they are claiming that it might be something very political happening which is restricting them as parents, to give justice to the soul of their son.

Not only that but the couple even reached Donald Trump at the White House, to let him know about the issues and what justice they are seeking.

The family has now set its goal to stop the misconduct that the US government has initiated against their son’s death. They are even quite sure that something wrong has gone and the government is trying their best to dump it down. However, the two parents are quite concerned about the fact and do not want anybody else to become such a prey of any situation.

The US government has abandoned us from knowing about our son’s death – claims Harry Dunn’s parents was last modified: October 20th, 2019 by Samantha Fox

Iphone Employee Stole a Personal Picture From a Customer’s Mobile

Warren Puts Forth A Better Idea to Fund ‘Medicare for All’

Samantha is the oldest author of Mobilegearz.com as she is one of the good friends of Kimberly, and when Kimberly had the idea to start the website, she is the one who supported her, and she has been standing by her side in all ups and downs. She manages to write the latest US headlines on the website and working more on proofing all the publications as well to offer the best to the readers. She does the editing and proofreading part mostly as she is the best when it comes to the Language.

Are you skipping a meal a day? Then, you are probably feeling boosted up now!
Orionids meteor shower will soon happen. Know when to start spotting a shooting star
Comment